In the 17th century the Shawnee were driven from their home by the Iroquois, scattering into widely separated areas. Some settled in what is now Illinois and others in the Cumberland Valley, while one group moved to the southeast. After 1725 the tribe reunited in Ohio, where they formed the principal barrier to the advance of colonial settlers. Following their defeat by Gen. Anthony Wayne at the Battle of Fallen Timbers (1794) and the failure of Tecumseh’s alliance to prevent further colonial encroachment in the Ohio valley, the Shawnee broke into three independent branches, the Absentee, Eastern, and Cherokee Shawnee, that eventually settled in different parts of Oklahoma. 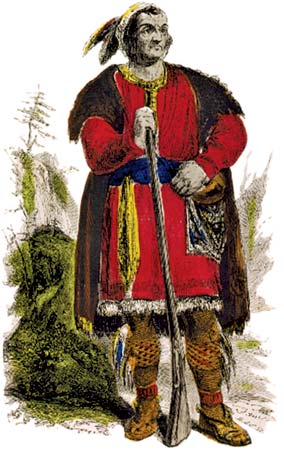