Originally from the southern states of Tennessee and South Carolina, the Shawnee Indians moved often before the first group arrived in the Wyandotte and Johnson County area.

In 1825, the Shawnee living near Cape Girardeau, Missouri, were removed from their homes by the United States government and given a tract of land south of the Kansas River and west of the Missouri River. Relocation began in 18...

There are 562 federally recognized tribes in the United States. Of these 229 are located in Alaska and the remainder are spread across 33 other states.

The Pennsylvania Magazine of History and Biography: Transculturation

The Pennsylvania Magazine of History and Biography published an interesting article/research on Transculturation of the Anglo-American and American Indian that went in both directions. The influence and adoption of food, cooking, farming, and building. The below is an excerpt, the full publication can be read by following the link below.

Of History and Biography

How did Piqua get its Name?

How did the Town of Piqua get its name? 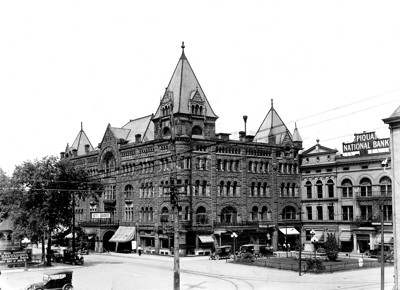 A town grew out of the wilderness of Miami County after one pioneer built a log house near the Great Miami River in 1798.

Job Gard, a former soldier under “Mad A...

Bhamwiki, now in its tenth year, is an encyclopedic resource for anyone curious about Birmingham, Alabama and the region around it. We aim for accuracy, objectivity, and accessibility as we work steadily to expand our coverage.

Bhamwiki has more than twelve thousand individual entries to explore. Peruse some of the featured articles, or ne...

What are some traditional Shawnee Indian food recipes?

What are some traditional Shawnee Indian food recipes?

Shawnee cakes and three sisters soup are some traditional recipes from the Shawnee Indians. Variations of these recipes were used by Native American tribes throughout North America and were also adapted by European settlers.

The exact origin of Shawnee cakes is unknown, but some historians believe the dish originally belonged to the Shawnee people. These simple fried corn cakes, also known as Johnny cakes...

The two principal adversaries in the conflict, chief Tecumseh and American politician William Henry Harrison, had both been junior participants in the Battle of Fallen Timbers at the close of the Northwest Indian Wars in 1794. Tecumseh was not among the Native American signers of the Treaty of Greenville, which had ended the war, when the Shawnee and other Native Americans ceded much of thei...

Shownese Traditions. C. C. TROWBRIDGE, Edited by VERNON KLNIETZ and ERMINIE W. VOEGELIN. (Occasional Contributions from the Museum of Anthropology of the University of Michigan, No. 9, 71 pp. Ann Arbor, 1939.)

This volume is the second to be published of the early nineteenth century manuscripts of C. C. Trowbridge on the ethnology of the tr...

The Battle of Piqua 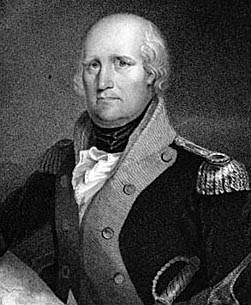 Throughout the American Revolution, Shawnee warriors conducted raids against American settlements in Kentucky. In the summer of 1780, George Rogers Clark, hoping to prevent furth...